It Takes A Village To Raise A Candidate

No one runs for office alone. It takes a whole support network, from your campaign team to your cheerleaders, to not only run but also consider running for office. Meet Courtney Thomas, a Virtual Cohort graduate, who always knew she wanted to run for office and has found her support system through the Virtual Cohort program.

In this interview, Courtney shares how the Cohort showed her she wasn’t alone in her fears around running for office, what she plans on doing with what she learned in the program, and who she thinks should run for office. 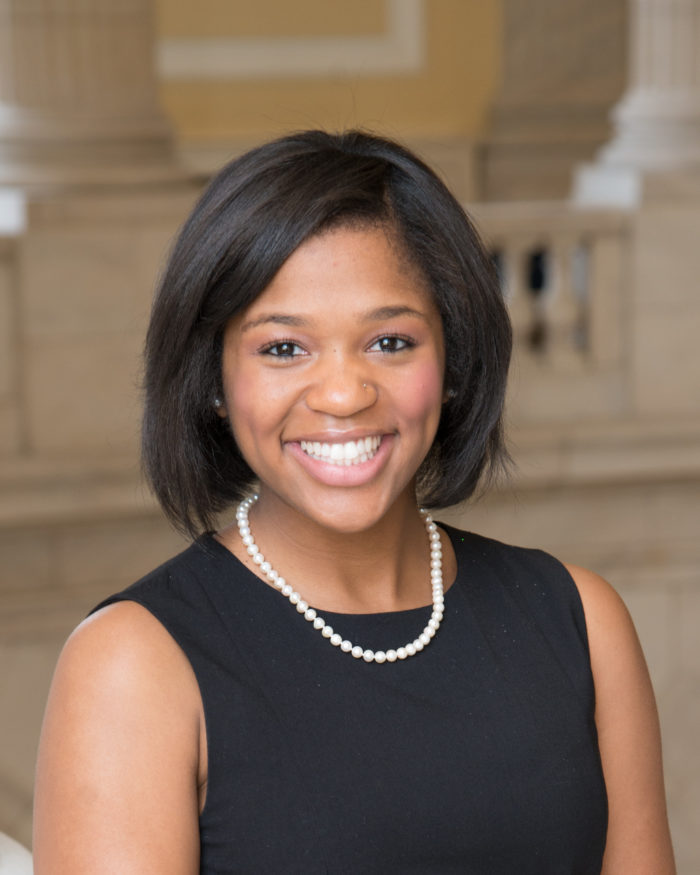 Tell me a little bit about yourself.

My name is Courtney Thomas, I was born and raised in Tallahassee. I enjoy college football, anything on Bravo and everything about politics, the good, the bad, and the ugly.

Tell me about your educational and professional background.

I obtained my B.S.(2012) and M.S.(2017) from Florida State University. After obtaining my B.S. I worked on a winning Congressional (2014) campaign here in Florida, which led to an internship with the Congressional Black Caucus in Washington D.C. I returned to Florida in 2016 to work another winning congressional race and start graduate school. After working for an association, I now work for the City where I can see the amazing work of local government every day.

“My goal as an elected official is to serve as the voice of the community that elected me.”

Why did you decide to participate in the She Should Run Virtual Cohort program?

What were some of your most memorable moments in the Virtual Cohort?

One of my most memorable moments during the Virtual Cohort is when everyone discussed their fear of fundraising. It has always been a fear of mine, but to be able to know there is a group of women who have the same fears as I do, it was nice because we were all able to talk through those fears and it was a very powerful moment for me.

What do you plan on doing with what you learned during the Virtual Cohort? Will you run for office?

One thing I plan on doing with what I learned during the Virtual Cohort is to learn more about my community. I think so often many people just jump into a race without putting in the time and effort into really understanding the history, the culture, the neighborhoods of their communities. Yes, I will run for office, but not until I get a better understanding of my community and where I can best serve as an elected official.

Why do you think it’s important for women to step up and get involved in different areas of politics?

It’s important for women to step up and get involved in different areas of politics because for so long we have not had a seat at the table. Our government needs to start reflecting on what an American really looks like and that should involve more women on every single level of government.

“Honestly, when I think about my amazing tribe of friends, each and every one of them would make an amazing elected official.”

Let’s say in the future, you decide to run for office and you win! What would be your goal be as an elected official?

My goal as an elected official is to serve as the voice of the community that elected me. It means to bring equality and equity to my community, it means to listen to citizens and work to change things that are not moving our community in a positive direction.

We know it’s common for women to face stereotypes and sexism in the political field. What’s your advice to women to persevere past this barrier they might face?

Honestly, when I think about my amazing tribe of friends, each and every one of them would make an amazing elected official. My girl gang is full of women who have master degrees, Ph.Ds, J.Ds, and MBAs. They are all knowledgeable, passionate, and would be amazing leaders on every level of government.

When was the first time you thought about getting involved with politics, even if you later brushed it off?

The first time my Dad took me to work for “Take Your Daughter to Work Day” I knew I wanted to get involved in politics. At the time he worked a job in which he had to be at the state capitol building a lot and I loved going there with him. I wasn’t sure at the time what everyone was doing, but they looked and felt liked they were doing something important and I knew I wanted to do something important too. Later on, I understood what they were working on and why and I knew that I wanted to be involved with politics ever since.

Do you have a favorite quote?

“I don’t like to gamble, but if there’s one thing I’m willing to bet on, it’s myself” – Beyoncé Giselle Knowles-Carter