Erin Loos Cutraro - She Should Run
Skip to main content 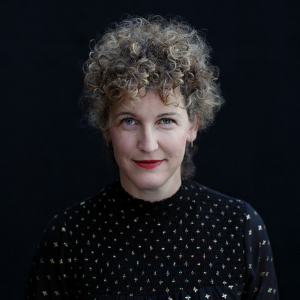 Erin Loos Cutraro is the Founder and CEO of She Should Run, a nonpartisan nonprofit promoting leadership and encouraging women from all walks of life to run for public office. Since its founding in 2011, more than 26,000 women have been encouraged to run for office through She Should Run’s efforts, and over 18,000 women have indicated they are preparing for a future through She Should Run’s flagship program, the Incubator. Erin has an extensive background in designing and implementing strategic programs for companies, campaigns, and organizations that traverse the public policy, nonprofit, and financial business arenas. She is a respected voice on gender equality in elected leadership, a sought-after public speaker, and has served as a featured presenter and facilitator nationwide. She has been featured in the New York Times, The Washington Post, NBC News, Vice News and was profiled in 2019 as one of Entrepreneur magazine’s 100 Powerful Women.

Twitter Instagram LinkedIn
Do you have a story to share?
If you would like to submit an article or volunteer to be interviewed for an article, please email community@sheshouldrun.org.
Join She Should Run and receive the latest updates