Last month, we launched a new two-part workshop series, Power In Purpose. The program was designed and inspired in part by initial findings from our recent research uncovering the motivators that can move women into political leadership. Not surprisingly, the data shows that women are often influenced by their own life circumstances, pinpointing the need to create entry-point programming centered on one’s purpose and personal values rather than on politics.

Nearly 300 women from across the country registered for the workshops sponsored by longtime supporter The Barbara Lee Family Foundation and made possible with additional support from The Crimsonbridge Foundation. For many of these women, becoming an elected official was seen as a foreign concept that existed on the outskirts of possibility prior to these sessions. To them, government leaders appeared to have certain backgrounds that were far from aligned with their own circumstances and identities. When asked how they viewed the word “politician,” many of the attendees repeatedly mentioned terms like “masculinity,” “the patriarchy,” and “wealth,” revealing how limiting conceptions of politicians can be, which in turn shapes who sees themselves as capable of political leadership and sows doubt in those who don’t embody those characteristics. 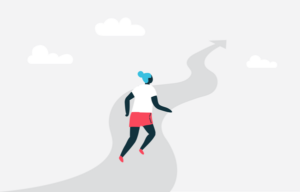 Interestingly, when participants were asked to reflect on their own personal values, words like “integrity,” “community,” and “hard work” rose to the top, underscoring the realization that many already have what it takes to lead in office.

As we continue to enhance our programming to meet the needs of women at various stages of political mindset, we’ll look to you, our community, to ensure we’re meeting the mark in encouraging your journey of consideration. We can’t wait to share what’s in store later this fall. In the meantime, if you missed it, be sure to check out the next edition of Power in Purpose coming next month!