The Personal Is Political

While it’s critical to see more women in our Government leadership, it’s almost imperative that these women come from all walks of life. From Black women to immigrants and refugees to single mothers, no one woman is the same and her story is important not only so others can see themselves in leadership, but so our policies continue to encompass the people that make up our country. For Virtual Cohort graduate, Yelena Bosovik, it was her upbringing that inspired her to run and continues to steer her down the path toward the future candidate she hopes to be.

Tell us a little bit about yourself, your professional experience, and your background.

I am a first-generation college graduate and attorney. My family immigrated to the United States as religious refugees when I was eight years old. My parents wanted a better future for their children – for us to be able to go to college and have successful careers without fear of persecution because of our religious beliefs because it’s not something they were able to have as Christians under the former Soviet communist regime in the Ukraine. For all the sacrifices my parents have made on my behalf, and as the oldest of ten children, I have always felt the responsibility that to whom much is given, much is expected.

I now have a Bachelor’s degree in Finance and Economics from Drury University and a Juris Doctor, with a specialty in Tax Planning, from the University of Missouri School of Law. While in law school, I clerked for the Missouri Attorney General’s Office, where I worked on criminal appeals, and the U.S. Attorney’s Office for the Western District of Missouri, where I primarily worked on child pornography cases. I spent the first few years of my career working for PwC, a big four accounting firm, specializing in international tax services. My work at PwC consisted of consulting on mergers, acquisitions, dispositions, IPOs, and foreign holding company restructuring for Fortune 500 clients. Currently, I work for the National Tax Office at BKD CPAs & Advisors, where my work includes researching and writing up the firm’s position on various tax issues, monitoring tax legislation and guidance, internal training and education, and other firm-wide initiatives.

In my spare time, I run an online women’s lifestyle magazine that I founded in law school, Tirzah Magazine, and am involved in my church’s teen and youth ministries. I am also on the board of Girls on the Run for Southwest Missouri, and volunteer to provide financial counseling through the Drew Lewis Foundation.

I first thought about running for office when I got involved with my campus chapter of College Republicans in college. Our guest speakers were often local elected officials or campaign staffers – hearing them speak about the difference they were making in our community and state lit a fire in me to also one day run for office.

Around that time, I was also taking various classes on economics and policy. I still remember that day – well, as vividly as you can more than a decade later. Maybe some of the details are off, but it still feels like yesterday. The upstairs classroom in the top left corner of the business school. The room probably seated 60 people but as an upper-level economics elective class, I think we maybe had approximately 12 people in the class. I think it was spring because it was a beautiful day outside and the windows were open.

We were talking about how economics explained social issues like poverty, health care, and education. Talk flowed to welfare programs, and as expected in a Bible belt liberal arts school, my classmates had strong opinions about those programs and the people who relied on government aid. Our professor encouraged debates and with the small classroom size, everyone was expected to speak up and contribute. But as the discussion continued, I eyed the door. Sitting on the far side of the classroom, I’d have to walk past my professor and all my classmates to exit but was that worth avoiding being found out?

Because I was from a family that relied on welfare benefits. Over the years we had received various types of government assistance: food stamps, WIC, Medicaid. That’s when I felt the extent of how much I didn’t belong in a private university, what an incredible privilege I had as a first-generation immigrant and welfare child to be able to get a higher education and how that would change the trajectory of my life: the doors it would open for my career and how that would increase my lifetime earnings.

As a result, I knew I wanted to be able to somehow pass it forward and be in a position to influence policy or effect change that would help more people afford college, small businesses like my dad’s to succeed and for people living on tight budgets to be able to afford healthcare and basic life necessities.

In the Virtual Cohort, we talk a lot about how to develop your vision for making an impact and using elected office as a gateway to having an impact. What sort of impact are you hoping to have as a future candidate?

As a future candidate, to the best of my ability, I want to encourage, inspire and equip others – especially girls and women – to dream big and to be able to achieve those dreams through hard work. But people need tools to succeed – education, job experience, personal finance literacy – those are the things that break cycles of poverty and open doors of opportunity. But access to those resources, especially for children growing up in poverty and in immigrant communities is not readily available. Sometimes, you can work as hard as you’re able but it doesn’t mean you’ll succeed. I want to help change that.

I want to make higher education more accessible and affordable. You shouldn’t be able to get a mortgage at a lower interest rate than FEDERAL student loans, especially when the payoff for a college degree is a much better long-term investment than a house.

I watched my parents and most of the people in my community go without health insurance for most of their lives without health insurance because they couldn’t afford it. I’ve seen my parents taken advantage of and ignored by the system because they spoke broken English. My parents lost our home because they couldn’t pay the mortgage and my dad couldn’t find a job during the 2009 recession. I’ve counseled people trying to get out of poverty, pay down debt, get a better job, start a business, buy a house, so I’ve seen the number of times the answer is to hire a lawyer – a luxury most people can’t actually afford so they continue to drown under debt collections, garnishments, and low-paying jobs.

I’ve experienced all this and so much more. I’ve seen it and I’ve lived it out. I want to use my education, my experience, and my voice to make change for good.

To make education more affordable; healthcare more accessible; financial literacy more prevalent; debt collection practices less predatory; people more seen and heard, especially those who have gone ignored for far too long because they didn’t make enough money, have the right connections or because English is their second language.

You shared with us that despite being involved in politics through College Republicans and volunteering for local campaigns when you were in college, you still felt like an outsider. Has that perception changed at all since completing the cohort program? If so, in what way?

In my senior year of college, I was voted “Most Likely To Be Elected to the Senate by Age 35.” I was so ambitious in college, but then I went to law school and that has a way of shaking all the confidence out of you. Seeing how much the law shaped people’s lives was intimidating because you realize how every word in a statute makes all the difference. I also watched one of my law school professors campaign for elected office and seeing how hateful politics could get for someone I knew turned me off from politics even more.

But the virtual cohort helped remind me that being an outsider is a strength – that I can bring something to the table that few others can.

To my knowledge, we’ve never had a Ukranian-American serve in the Missouri government or in the US Congress. In fact, I became the first attorney in my extended family and in my Slavic-American community. My background is different from many other politicians and that is actually incredibly valuable because I have a unique perspective and am a voice for communities and people that have rarely if ever, been fully represented in elected office or in board rooms. Because it isn’t about me, but about those who I can help and serve because of who I am, how I grew up and the experiences and education I’ve received.

Often, people have a conception of what a candidate “should” look like. What perceptions did you have about yourself as a leader and potential candidate before participating in the Virtual Cohort?

So, when it came time to think about running for office someday, I continued to struggle with those perceptions of not being smart enough, or connected enough, or well-spoken enough, or good enough to run for elected office. 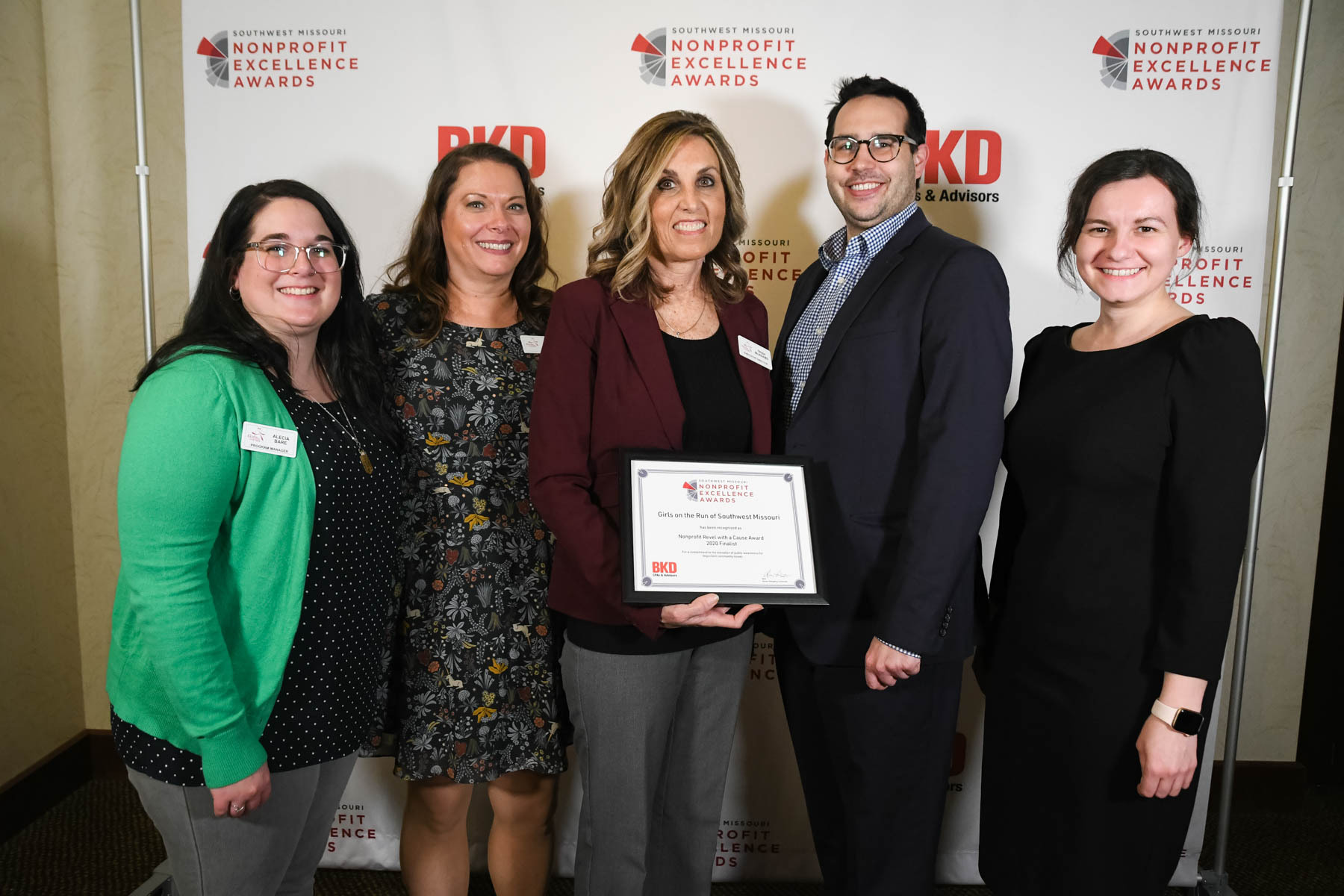 Did any of those perceptions or beliefs change after participating in the cohort program?

Yes! The cohort helped me feel more prepared and empowered to consider a run for office. I completed the program with a sense of “I can do this,” where the prospect of running for office wasn’t so intimidating and a sense that I was actually “good enough” to do this someday.

What were some key lessons from the Cohort you took that will help you continue pursuing elected office?

One of the most impactful lessons for me was on leadership. We talked a lot about reframing how we talk about ourselves, our accomplishments, and our vision. A lot of times, we as women downplay our successes and are always waiting for perfection or permission.

Another lesson I took away is the importance of advocacy and how that begins long before you run for office. The cohort encouraged us to research and find issues we’re passionate about and then to get involved in advocating on those issues. This prompted me to get involved with a local nonprofit to volunteer to counsel people through making a plan to get out of debt, improve their credit scores, work towards buying a house, and other financial issues. Walking alongside people on these journeys has also made me more outspoken on ways we as a community and legislators can help those who are trying to build a better life for themselves and their families.

We need better representation and more diversity in our leadership and elected positions. It’s not about if you’re smart enough or if you look a certain way or if you have the connections – it’s about standing up for something bigger than yourself and speaking up for those who may not otherwise have a seat at the table. Someone is making decisions on our behalf. Someone is writing the laws that impact the course of our economy, our freedoms, our education system, and almost all aspects of our daily life. Be that someone.

You have something to add to the conversation. You can figure things out and learn from others without having to know everything or be an expert on all the issues. We need you at the table.