Making Herstory At The Local Level

As we come to the end of March aka Women’s History Month, here at She Should Run we’re reminiscing on the stories of the women who have gone through our programs and have made history themselves. Palm Springs City Council woman and Virtual Cohort graduate, Grace Garner, became the first Latina woman to be elected to the District 1 seat in 2019.

From a young age Grace always knew she wanted to help others and join the world of politics. In this interview, Grace shares what drove her to the Cohort, and why she hopes more women will join her at the decision-making table. 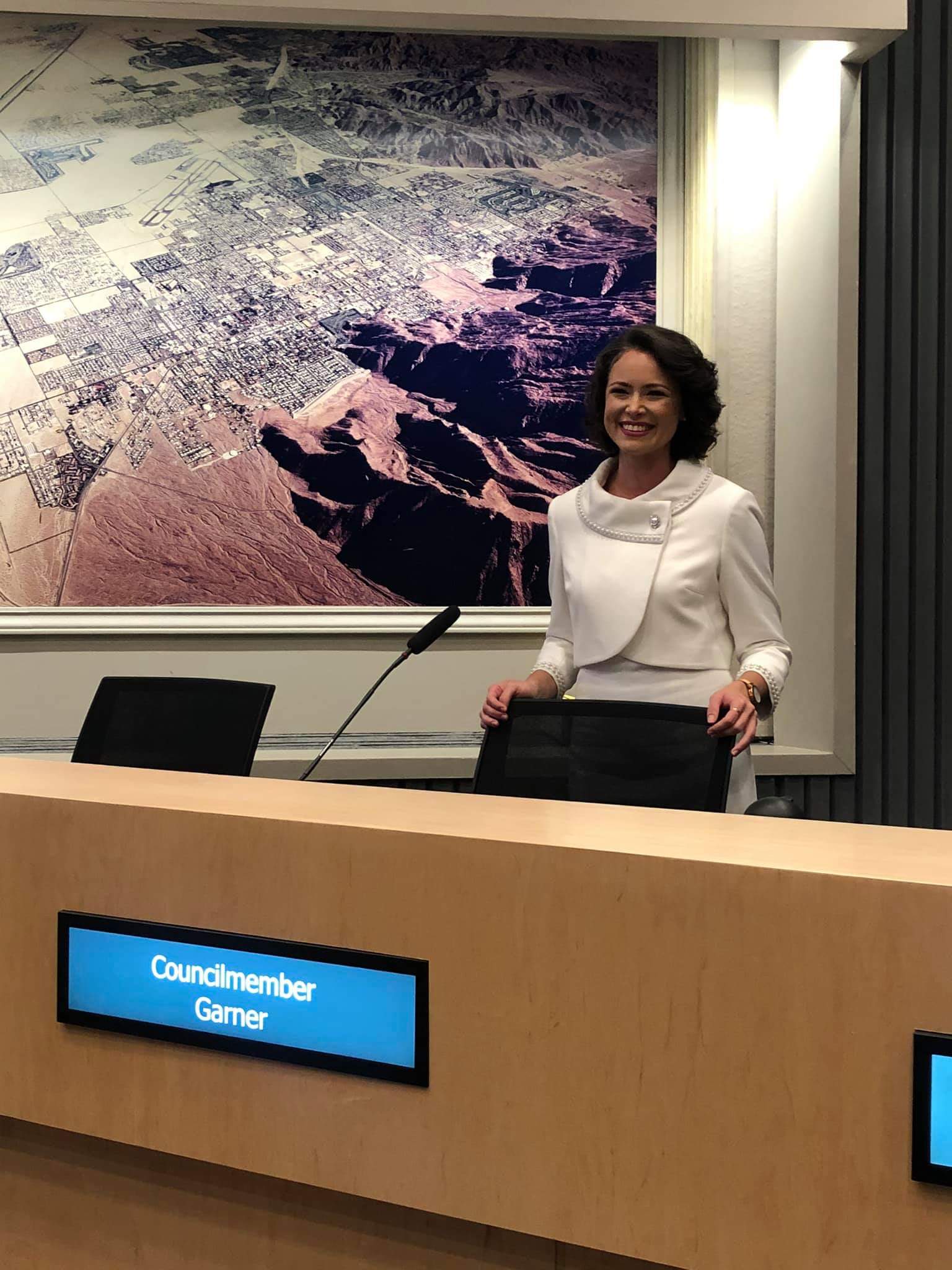 Tell us a little about yourself.

I am a second-generation Palm Springs resident, a bi-racial Latina, and an attorney. I am passionate about making government accessible to everyone. When I am not working as an attorney or as a city councilmember I am often spending time outside with my friends and family or working out at my local gym.

Tell us about your educational and professional background.

I am a first-generation college student. I grew up in public schools and then attended Pitzer College as an undergrad. It opened my eyes to the inequalities in our public school system and I created life long friendships with other first-gen students. Before law school, I spent several years in Washington, DC doing policy work. I attended law school because I wanted to have a better understanding of the nuances of our laws and legal system. I now work as a full-time lawyer and city council member.

“I knew I wanted to run for office and was ready to do it but I wanted to make sure I had a support system at home and from afar to help me on that journey.”

We would love to hear who or what inspired you to start thinking about running for office.

When I was eight years old I told my mom I wanted to help people and lamented the many things I saw wrong in our country and government. My mom suggested that I be the President. I thought it was a great idea and from that moment forward decided to pursue a career in politics.

Similar to the third question, in 2018, you participated in the She Should Run Virtual Cohort program. What made you want to participate?

When I participated in She Should Run I was looking for encouragement and connections with other women with similar passions as mine. I knew I wanted to run for office and was ready to do it but I wanted to make sure I had a support system at home and from afar to help me on that journey.

I learned that as women we are often facing similar battles when we decide to run for office. Opening up to other women and knowing I was not alone made me feel better about my choice and ready to take on anything that was thrown my way.

You just became the first Latina woman elected to your city council. What does that mean to you and as a Latina woman, what unique perspective do you think you bring to this position?

I wish I wasn’t the first! We have always had a large Latino population in Palm Springs and I am on the second Latino to be elected and the first Latina. To me, it shows how far we still have to go to include everyone in the conversation. As a second-generation resident from a middle-class family, I have connections to the members of the community who are often not involved. I am able to bring those perspectives to our city council meetings and get more of our community to the table.

“We need women’s voices in politics. Our political system is still dominated by men and mostly white men.”

Since stepping into office we’re sure your life has changed. What has been the most rewarding and the most challenging part of being an elected official?

The most rewarding thing is to interact with residents and be able to actually address their concerns. I recently brought our city manager to a neighborhood meeting where he found out the community center is closed on Saturdays. He had no idea and was immediately able to provide funding for two more recreation positions to open up the center.  It was a big win for the community and all it took was attending a community meeting.

The most challenging part is meeting the demands of the City Council and my job as an attorney plus fun things like answering questions for the media or speaking at events. I wish I had more time to do it all and finding balance is a huge challenge. Unfortunately, the City Council does not pay enough for it to be my primary job.


All women face barriers when running for office, especially women of color. What barriers have you experienced and what’s your advice to other women who might share these?

The biggest barrier for me was being taken seriously. As a young woman especially I was often told I didn’t have enough experience. I had to do extra work to make sure I was seen as professional and independent. Plus I had to teach everyone that strong community connections is a type of experience. You don’t have to have 40+ years in a professional career to have experience to run for city council. My advice is to surround yourself with a diverse group of people that can offer advice and be your voice in the community. Spread out the work!

Why do you personally think it’s important for women to step up and get involved in different areas of politics?

We need women’s voices in politics. Our political system is still dominated by men and mostly white men. Women bring a different perspective and we are often the ones that notice who is not at the table. We know more intimately what our communities and families need from our government. Your voice matters.

Who is a woman in your life that you think should run for office and why?

I know so many women that should run for office! Elizabeth Pino, my fellow cohort member is one of them. She’s Latina, a mom, and an arts commissioner in Torrance, CA. She has such a great passion and energy for her community and really knows how to bring people together. I look forward to the day she runs.