Here at She Should Run, we can’t do our work without the support of proceeds partners who drive valuable resources to our programs through their own business endeavors. Stewart & Claire founder and owner Kristin Donnelly is not only a financial champion for She Should Run, but she also walks the walk when it comes to equal representation in her own life. She stepped up and ran for her town’s Democratic party committee when she saw an opportunity to participate in shaping her community.

In this interview, Kristin gives advice about what role you can play in the political process, even if running for office might not be for you. 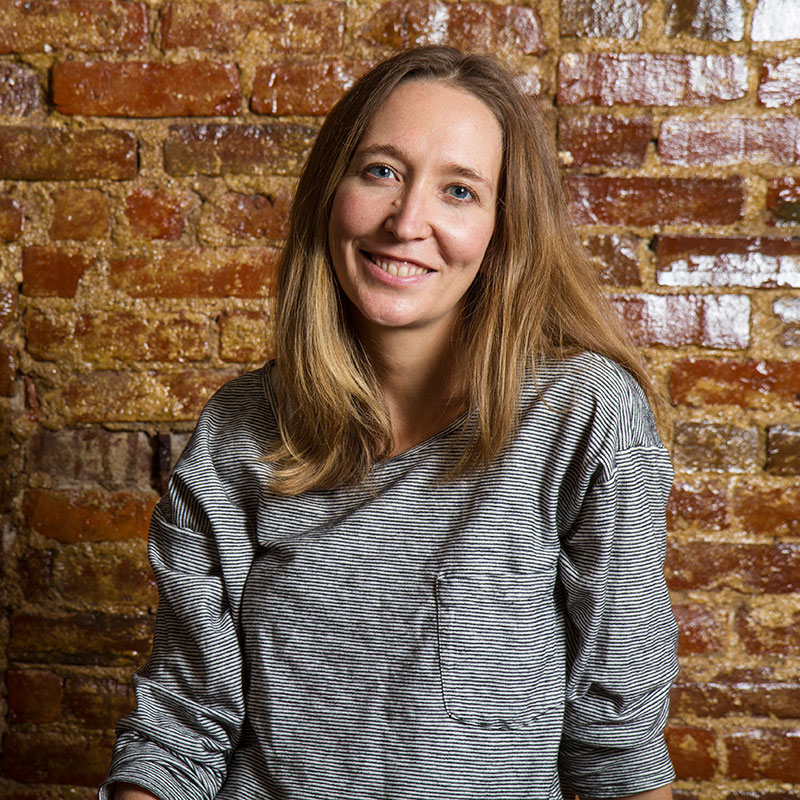 Tell us a little bit about yourself.

Last year, I learned our town needed two Democratic party committee-people, as the people who held those roles were ready to step down. A friend of mine and I ran unopposed. Precinct committee people act as grassroots organizers for their party. These are volunteer positions, and some people are more active in their roles than others.

That’s great! Can you tell us more about the role?

At a minimum, committee people meet once or twice a year to decide whether or not to endorse candidates and who to endorse. In Pennsylvania, they also work outside the polls to provide information about the candidates. When they do their jobs well, they also make sure voters in their precinct are educated about upcoming elections and the candidates, and they spend time learning about the concerns of voters locally.

I’m an introvert and actually quite shy but I’ve found a way to make this role work for me. I’ve built our email list so do a lot of educating through email. I’ve also worked on building a group of volunteers that can help share the work. I always go door-knocking with another person, which helps reduce the intimidation factor.

Why do you feel it’s important for women to run for and hold elected office?

Simply put, women comprise at least 50% of the population. To make this country work for everyone, we need a wide variety of perspectives.

What motivated you to financially support She Should Run’s mission through your efforts at Stewart & Claire?

After the 2016 presidential election, I saw a number of women step up to run for local office, including people who never thought they would. They were sickened by so much of the rhetoric and division and decided that if they wanted to see their values reflected, they needed to step up. I found this inspiring, and soon after, I learned about She Should Run.

I like that this organization addresses a lot of the barriers women face when running, including imposter syndrome, and creates networks of women hoping to run for office so they can support each other.

I actually know a woman who went through the Incubator and ran for and won a local seat. She is now running for a higher county office. Who knows what’s next for her!

What challenges or barriers have you faced as both a community leader and entrepreneur? How did you overcome them?

There is an undeniably ugly side to politics that I still don’t like. I currently overcome that by trying to stay professional and only speaking about why I support certain candidates rather than disparaging others. This does not mean I wouldn’t criticize another candidate’s policies, but I try to avoid the nastier or exaggerated style of attacks that are, unfortunately, part of our political process.

Like many others, I also a struggle with balance. Last year, I volunteered myself to burnout while maintaining a full-time job and being a mom. This year, I’m taking it easier because I know 2020 will be intense.

What message would you share with others who might not want to run for office but are trying to find their own role in the movement to see more women in political leadership?

There are a zillion ways to support candidates who are running for office and that can use your strengths. If you are a strong leader and able to commit a lot of time, you can manage a local or state-level campaign or act as the campaign’s treasurer. If you have less time, you can host a fundraiser or meet and greet; help organize the campaign’s mailings; door knock, phone bank, or text bank; volunteer as a photographer or graphic designer; offer living space to out-of-town volunteers or free office space for the campaign; display a yard or window sign; write letters to the editor. When I worked on a campaign for a state representative race locally, I realized it was a volunteer who came in a few times a week to keep the office clean and tidy. I’ve started to think of the candidates as a front person for a really large band.

Of course, if you’re time limited and you have the means, you can donate; campaigns can’t happen without funds.

I truly believe there are ways for all types of people to get involved. It just takes a commitment of time or money.

What is your favorite quote?

Click here to read an extended excerpt of this passage that inspires Kristin.

Interested in your small business becoming a She Should Run proceeds partner? Email [email protected] to learn more.