Kathleen Kiernan - She Should Run
Skip to main content 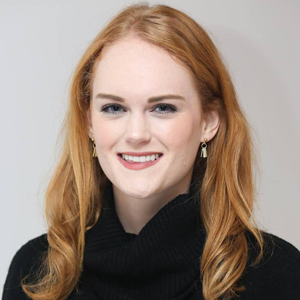 Kathleen is a champion for women's equality and representation. Originally from Hickory Flat, Georgia, a suburb of Atlanta, she has always advocated for women having a voice and seat at the table, first sharing her voice as an editor for her high school newspaper and  writing about the different community issues surrounding her hometown and how they impacted students. Later as a student at Mississippi State University, she chose to pursue Political Science, joining various clubs such as student government that would allow her to implement her ideas for increasing gender parity in Mississippi and encouraging students to become more civically engaged.

While at Mississippi State, she led a two-day, campus-wide voter registration drive and organized various student groups to register over 1,000 students to vote. Additionally, she hosted She Should Run: Mississippi, bringing the former Executive Director of She Should Run to Starkville, Mississippi along with a panel of current and formerly elected women like State Treasurer Lynn Fitch, to speak about the lack of women's representation in Mississippi politics. This event, along with her time volunteering for the Lynn Spruill for Starkville Mayor campaign, solidified her desire to ensure every woman can see themselves as leaders and in other leaders. She graduated with her Bachelor of Arts degree in Political Science in May 2017, moving to Washington, D.C. shortly after to pursue her passions with She Should Run.

As Programs Associate, Kathleen is excited to use her passion and experience to make She Should Run's vision of seeing 250,000 women run for office by 2030 a reality. In her personal time, she enjoys taking improv classes, dog sitting, and exploring Washington, D.C.'s various brunch and happy hour spots.

Twitter LinkedIn
Do you have a story to share?
If you would like to submit an article or volunteer to be interviewed for an article, please email community@sheshouldrun.org.
Join She Should Run and receive the latest updates